“Design thinking is all well and good – we really do develop many exciting ideas, but still hardly any ideas are implemented or it takes far too long. Quotation from an executive from the industry.

That ideas are not implemented or that implementation takes too long is of course nothing new, and we know many causes very well. Today I would like to present a tool that lies within Design Thinking itself to bring about change.

What is special about our variant “Design Thinking ++” is the phase we have called “Build”, which is located between prototyping and testing and the implementation of the idea – see figure. 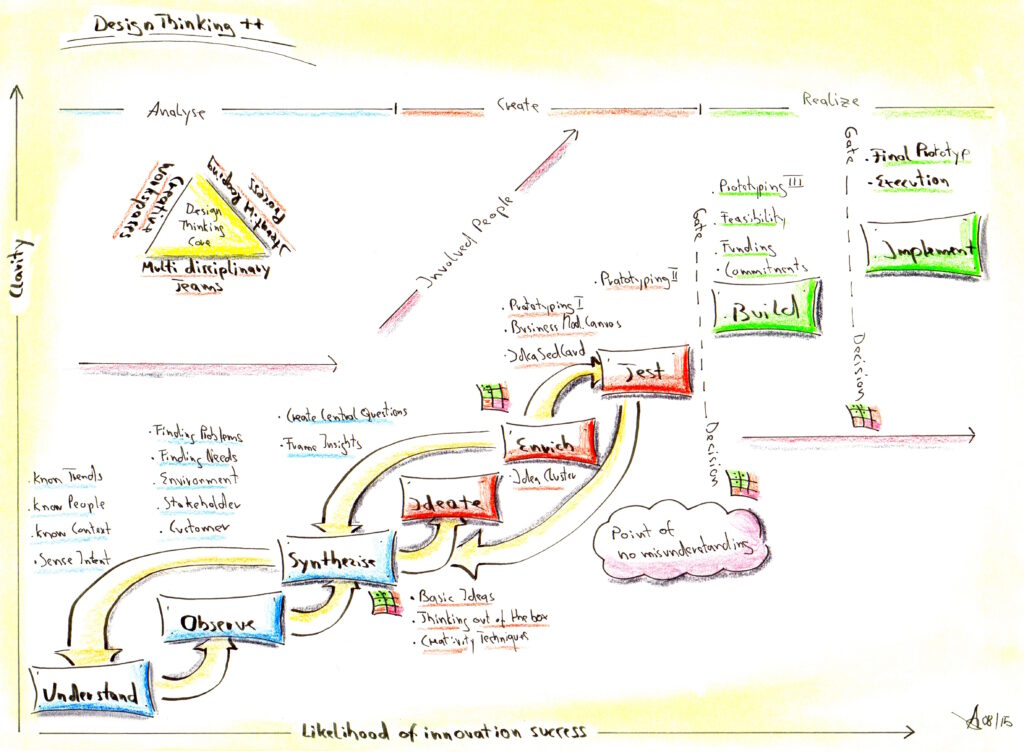 You can also download the verrocchio worksheet on Design Thinking ++ to see the details.

In the “Build” phase, the aim is to build, for example, targeted commitments, initial fundings or initial technical feasibility studies for the idea. But why is this so important in large organizations? Large organizations, which in particular do not have innovative lighting designers like Elon Musk, Richard Branson at the top, are inert masses and cumbersome super tankers, even if individual parts are highly agile and brave.

It is almost always a matter of generating critical masses for new ideas and major changes, which can then move the whole supertanker. Anyone who ignores this fact will also fail with ideas that have achieved top results in prototyping and testing.

So for all people who work in large organizations and who want to change a lot with new ideas: “We hope you enjoy the creative brainstorming of ideas to generate the critical mass!